Crafting was first introduced during Habboween 2015 on October 9, 2015. Every user received a pre-made room consisting of rented Mystics furniture and a Habbocalypse Crafting Altar.

Using the Habbocalypse Crafting Altar opened up a window where users were able to create new items by inserting a combination of furniture. This involves adding in two or more furniture to redeem a new furniture item. The crafting table will show a list of ingredients, your recipes, and where to input ingredients. Once the correct ingredients are accepted by the crafting tool, you clicked craft to reveal your prize. 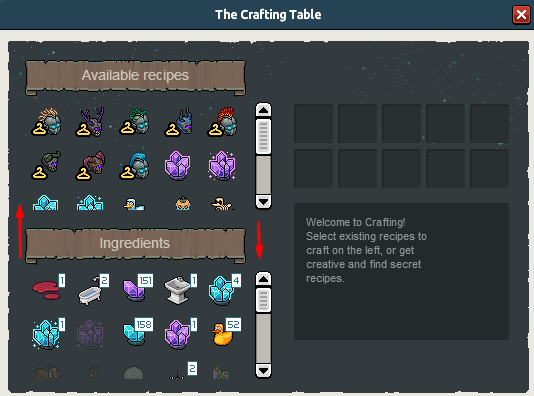