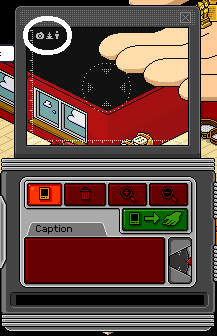 When a camera was used it brought up a draggable interface, there was a large square viewfinder which would be captured in the photo and it was possible to zoom in from the normal scale, but not zoom out. The camera used up camera film which could be purchased from the catalogue. The photos taken were sepia-tone and placeable on walls in the same way as stickie notes and prior to saving the photo it was also possible to include a caption, double-clicking on them displayed the photo. Photos could be taken in both Guest Rooms and Public Rooms. Whilst using a camera the Habbo would be shown holding the camera in their lap and when they actually took the photo they raised up the camera to their face. Due to this Cameras were fairly impractical for taking photos of your own Habbo.

Cameras were fairly under-used following release, primarily being used in large Hotel Manager run events to take photos of the exclusive rooms and of themselves with Habbo celebrities.

The Camera is an old Habbo feature introduced in November 2002 used to take photos within the client. The camera cost 10 Credits in the catalogue and came with two free photo rolls. The old camera required users to purchase 6 rolls of film costing an additional 5 Credits. Once a player had taken their picture using the special popup screen (representing a camera with various zoom buttons), they could then enter a description and publish the photo. This meant that the picture would appear in the player's hand, which could then be placed on a Habbo wall. Unfortunately, the Camera feature and camera film was disabled due to security issues via scripting.

A photo of Ex-Hotel Manager ione

In December 2007 the Camera feature was disabled over security concerns and discontinued from the catalogue, however, old Photos were still viewable. Because photos were generated client-side the photo could be manipulated prior to being sent to Habbo servers and several exploits could be used, including removing clothing from Habbos. In January 2008 it was announced that even after efforts to harden the feature against exploits, the camera feature would not be returning. Users were reimbursed for leftover film and their cameras, although the camera did remain placeable for some time. It was later announced that Photos would slowly disappear over time, initially when double clicked nothing would load if they had disappeared. Following the Habbo Beta, the photo item was removed altogether and only a non-loading wall item is displayed when a photo is placed. 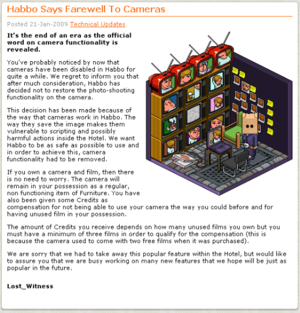 The article announcing the end of the camera feature, 21st January 2009.

Return of the Camera 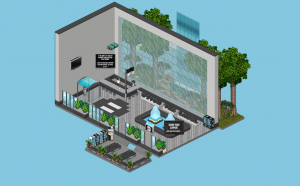 In early 2015, a new camera was being beta tested for Habbo. The tests started with a group of Habbo's being able to use the camera to see what they liked and disliked about it, after a few months the Camera was made available to everyone and can be accessed by clicking the camera icon next to your Habbo on the toolbar.

As well as being able to take photos with the new camera, you can edit them and purchase them to place in your room. You can purchase a photo that you have taken for 2 credits.

In the current camera feature released in 2015, there is a notice that appears when a Habbo attempts to take a photo of a room in which there are too many items in view of the camera. This can occur in particularly detailed themed rooms, or when dense collection of posters are arranged together along walls or stacked on floors. The Habbo would then have to reposition the part of the room in view until the amount of furniture within view of the camera's scope dropped below the allowable limit, and try again. 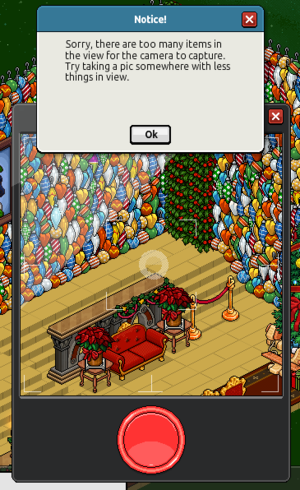 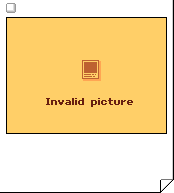