Catch The Duck! is a game that was created by World-of-Habbo (Habbo.de) and featured in the Habbo Games Hub campaign. The aim of the game was to capture Ducks by standing on Pura Blocks (from the Pura section of the Catalogue) within the time limit. Unlike most of the other games in the Habbo Games Hub (excluding Habbo Track - 110m Hurdles and Shuffle-Ball), this one only offered Pixel Effects (four different ones) as a prize.

Once a user has been teleported to the area containing eight different Pura Blocks (and a Light Divider from the SciFi range), the game begins. Ducks will start moving around the room and the user must wait for one to land on a Pura Blocks. Once that happens, they stand on the corresponding colour in their own area. They are then temporarily "frozen" for three seconds until the Light Divider goes down. If the user manages to capture ten Ducks before the 180 second time limit is up, they win the effect!

The only tip available here is to ensure that users constantly look all around the room (due to Pura Blocks being scattered everywhere) and not to focus on one Duck at a time. 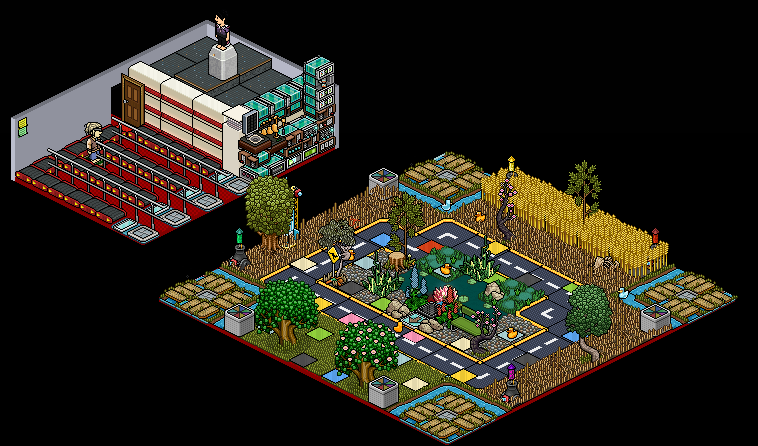