Random Levers is a game created by !Zenda! (Habbo.nl) which featured as the 12th game in the Habbo Games Hub campaign. The aim of the game is to reach the centre of the room and pull the Floor Switch which will reward you with a badge. The badge that could be acquired was the "silver queen" chess piece.

Once players have stood on an Arrow Plate, they will be teleported to the waiting area in the arena until the Wired Doors open. They then have 1 minute to click the Floor Switches next to them in each section of the game (which teleport them to a random area) until they reach the middle section. The game is purely based upon luck and can take many attempts to complete it. If the player doesn't make it to the centre in time, they are teleported to the start, but if they do succeed Fireworks automatically go off and they are teleported to the winner's area in which they gain a badge. The room layout is almost identical to The Maze Of Illusion game (also created by "!Zenda!").

Unfortunately, there are no cheats, but players can zoom out if they find that the moving screen is slowing them down. 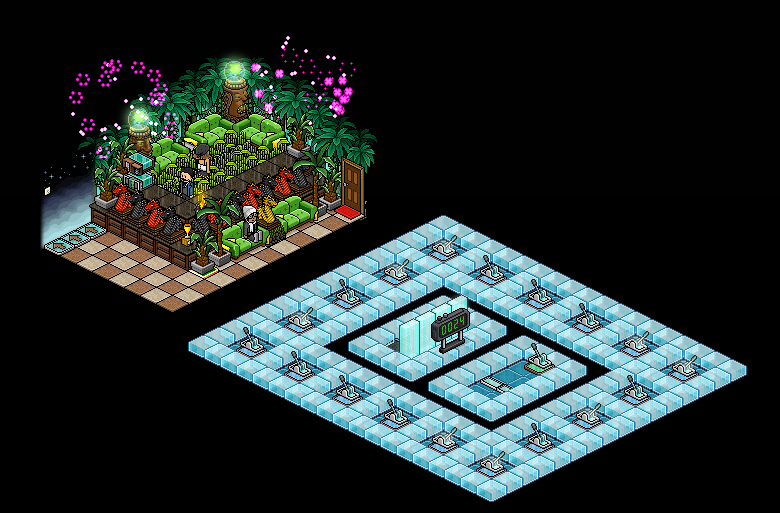