Human Marbles is a User Made Game on Habbo and is sometimes hosted in Habbox Events. The aim of the game is very similar to Lucky Colour - try to survive each round by choosing the correct area. Unlike a few games, there is a very big limit to the amount of people that can play this game (up to 49 depending upon room size).

Players are given 10 seconds to go to an area (which can be represented or symbolised by Executive Carpets, Neon Stages, USVA Rugs or many other items) containing a number (on a Holodice or Dicemaster) which they think the host' die won't land on. If it does land on the number area which they're in, they are out. Players have the opportunity to switch areas after each roll.

When there is two players left in the final, both players cannot be in the same area and the host will usually roll the die an unlimited amount of times (until someone loses). The last player remaining is the winner. 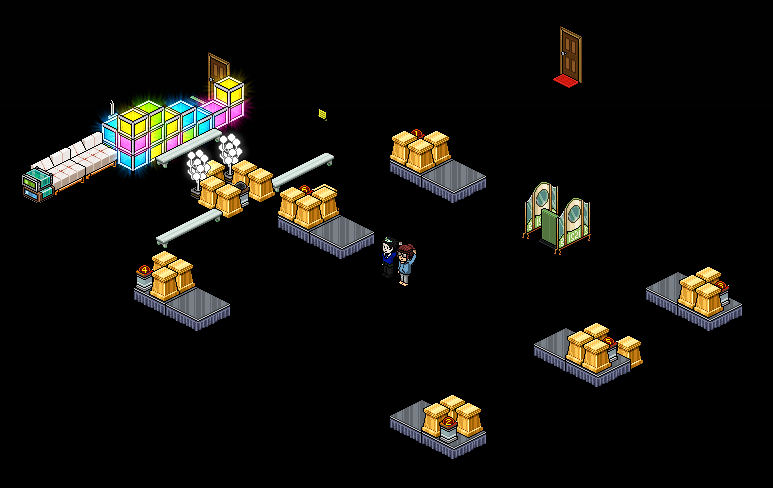