Every so often, the hotel receives a few interesting updates and the hotel version/released used to change. This occurred right up until R/V63, when Sulake decided to introduce "builds" instead (e.g. Build 1335) and also, we now refer to the updates past V/R33 as "BETA updates". Different releases/versions used to be a rare occasion back in 2000-2003 but they became more common as Sulake and Habbo Hotel grew in size. Here is a list of what V31 - V40 brought to the hotel: 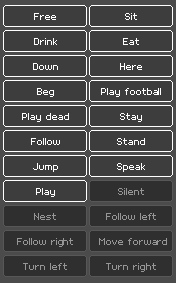