The 16th annual Habbox Summer Spectacular was announced on July 12th, with the tournament due to take place between August 12th and August 21st[1]. The theme was announced as Superheroes; this theme was previously used in the 2017 tournament, however was brought back due to popular demand.

On July 26th, members were able to apply for a team of their choosing. The team leaders were announced on the 11th of August.

One day before the tournament was due to start, the starting teams were announced via HabboxForum[3].

The design of the Habbox Help Desk was altered to reflect the Superhero theme of Summer Spectacular, and prominently featured the four team colours. Featured in each section of the room's design was the Hero mascot of each team; Green Lantern, Black Panther, Thor and Iron Man.

The design was added to for the HxSS Awards to make it fuller and to give more of a party atmosphere during the celebrations. 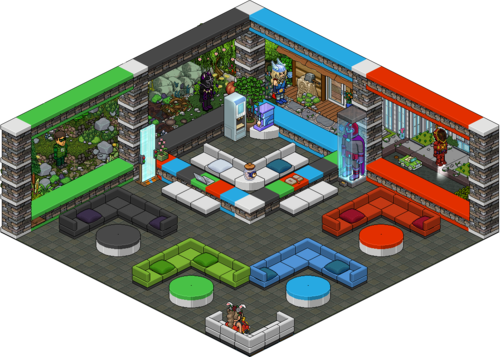 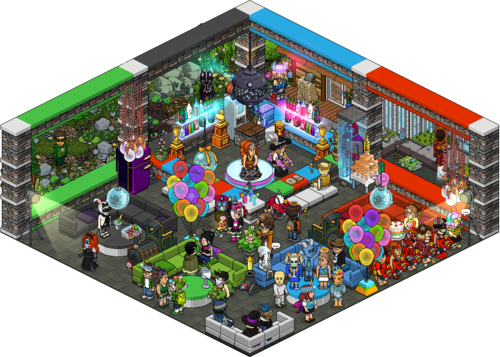 Across the tournament, each Habbox Department put together their own department task that was themed over a different Superhero.

The top five scorers from each team would receive credit prizes. The amount of credits received for top scorers varied on where their team placed at the end of the tournament, prizes given were as follows:

Prior to the tournament starting, it was announced that the way Daily Top Scorers would be rewarded had changed for this year's tournament. Rather than one Top Scorer for the day being rewarded, the top three scorers from each team would receive a prize to make it fairer across all teams.

The 2022 HxSS awards show took place on September 4th. The day before the awards ceremony, the shortlist for each category was announced, and all winners were announced live on air[5][6].