The 2019 Habbox Summer Spectacular tournament took place across the second week of August; for this year the theme was Classic Video Games. Teams were separated by the usual blue, green, red and black colours; each of which had a mascot inspired by the theme. These included Sonic, Zelda, Crash Bandicoot and Spyro.

The Black Team placed first at the end of the tournament and the Blue Team were second. The Red Team placed third and finally the Green Team placed fourth.

A total of 61 players pre-registered for their teams ahead of the tournament, and the starting teams were announced on August 7th via Habbox Forum[1].

A few days prior the beginning of Summer Spectacular, a new Habbox Help Desk Design was revealed to match the theme of this year's tournament[2]. 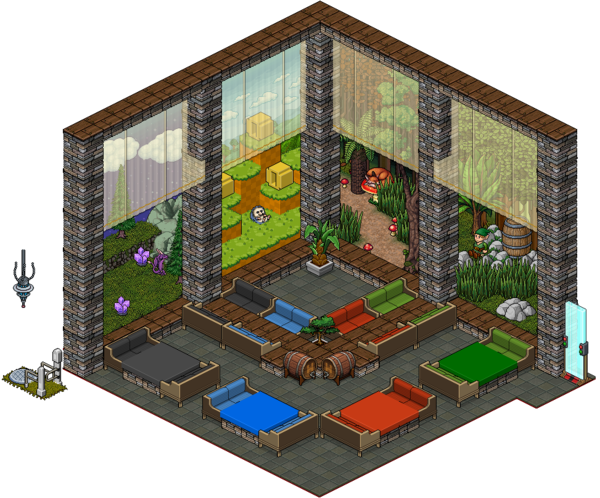 The top five scorers from each team would receive Credit prizes. The amount of credits received for top scorers varied on where their team placed at the end of the tournament, prizes given were as follows:

For each day during the tournament, the player would scored the highest amount of points would receive a prize of 100c.

The top 10 overall scorers from the competition were awarded a separate prize in the form of HabboxForum tokens. The top 10 scorers were as follows[3]: