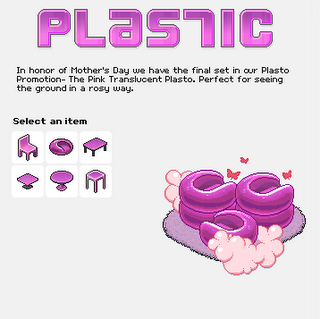 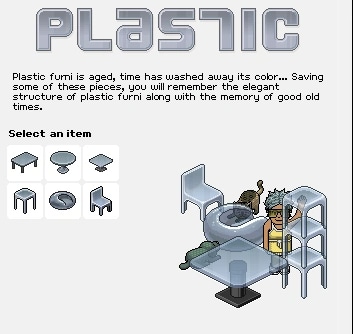 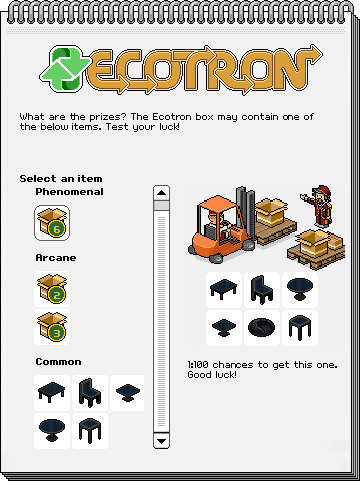 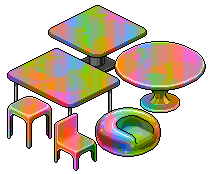 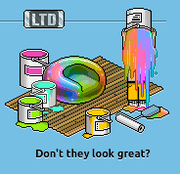 The Rainbow Plasto set of Limited Edition Rares was the culmination of the Plastic Funeral Sulake began, to say goodbye to the Plasto range of furniture. They were released in July 2012 and many Habbos attempted to collect one of each item, resulting in the items selling out 10 minutes after release.

Due to people recycling their Plasto furniture many sets were lost, making it even harder to complete a Plasto collection. Although many pieces were lost, they also raised in value since most plasto was bought for cheap before, even some called "Junks"

Now they're harder to get they're also more wanted objects then before. Especially the pod chairs, which were already popular.

A full showroom could be found in the Museum of Habbo until its end in 2020.