In Habbo Hotel, muting is a practice of moderation that mutes a player for a set amount of time. During this time, the player will find their chat function limited or unavailable.

Mutes form part of the automatic moderation system as an early step to discourage bad behaviour. Saying certain words and phrases can result in a warning from Habbo, and may trigger a temporary mute depending on your sanction status. 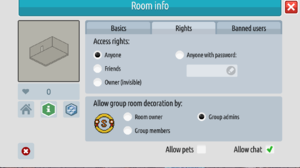 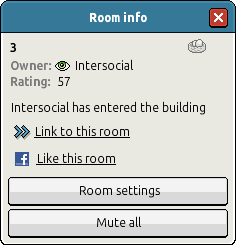 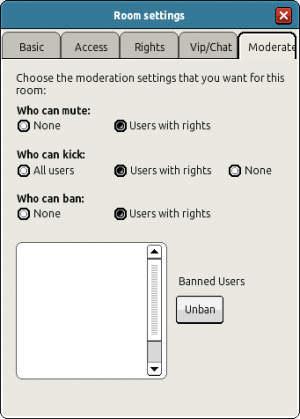 After The Great Mute of 2012, the option for rights holders in private rooms to mute singular Habbos was added. This feature allowed for two, five, or ten minute mutes to be given. With the launch of the new Unity client, this option was removed from gameplay for all users, including room owners. Unlike being muted by moderators or the automatic moderation system, if a user is muted in a nroom are still able to use the IM system.

Room owners are also able to set their room settings to stop flooding by visitors. Depending on a room's moderation settings (which can dictate how strict or lenient the flood filter is), if a member sends too many lines of chat in a short period of time, they will be muted temporarily by the system. This does not count as a sanction towards being banned.

As a result of the Channel 4 report about Habbo Hotel in 2012, the entire hotel was placed on a complete mute. This mute prevented anyone from the chat, the mail, or the console from passing anything through the system. On June 19, Paul LaFontaine, the CEO of Habbo, announced the Great Unmute. This included a revamp of the chat system and an update to moderation.

Limited chat was released to test this new system on Habbo.com, July 6th.

An undercover investigation led by Channel 4 in the United Kingdom found regular paedophile activity on Habbo. They posed as an 11-year old girl, and multiple sexual encounters were made, including webcam requests.