Habbo.com.tr is the most recent hotel to open for the company Sulake. The hotel is for Turkish members and currently operates under the rules that only residents of Turkey can play it (although some players can access the site if the IP block doesn't affect their country - e.g. users in Ireland). Registration officially opened on the 19th June 2012 for everyone around the world (with the chance to gain a free VIP trial if you registered before the hotel opening) and the official site was made available to Turkish users/users not affected by an IP block, on the 7th August 2012.

There were doubts surrounding how Rares were going to enter circulation on Habbo.com.tr due to most of the rares on the hotel being released slowly over a 10 year timescale. However, Sulake combated this issue by giving out a different furniture item (mainly rares) to Turkish users who visited a certain room in the hotel - the Golden Elephant, Holiday Romance, Iku-Turso and various other furniture items have been available to obtain. This "feature" lasted from the 10th August - 8th September 2012. This room is displayed below: 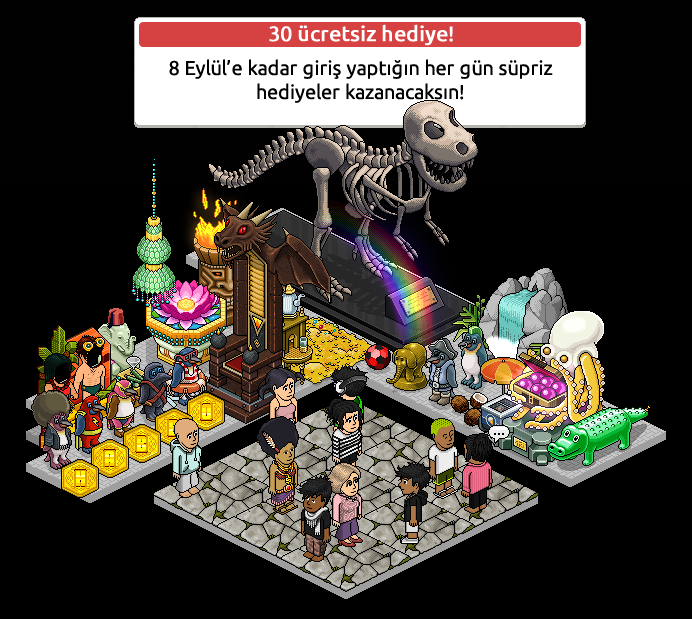 Before habbo turkey was opened, all hotels received a special room from a Habbo called spcltrk. The room is called Special Announcement - June 8th 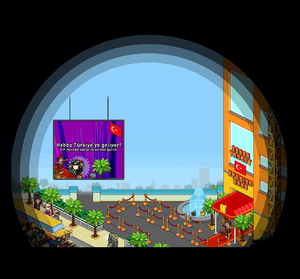