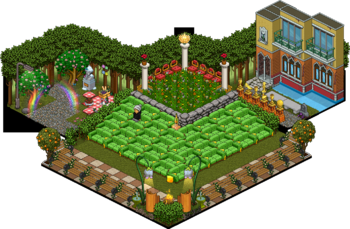 Trade City (stylised as T R A D E ¥ C I T Y) is a room on Habbo.com (International) owned by Varnius which allowed users to enter the room and advertise their furniture for sale. It was once among the most popular such rooms, before individual "coin shops" became more popular.

The room used to change design throughout the year, especially for seasons such as Halloween and Christmas. It was also for many years a Habbox Official Room and sponsored the Habbox Lottery for a period of time.