Absently, also known as Kelly, is the former Habbox Assistant General Manager (Community) before despect. She joined HabboxForum on the 26th May 2005, but always had many forum accounts, but her main account now is named after her Habbo username, Absently. Kelly has achieved a lot throughout her current 9 years at Habbox and hopes to achieve a lot more for the future. She has been in a numerous amount of departments including HabboxLive, Habbox Events and Habbox Help Desk all which have been a success towards her and helped in some way or another. In late March 2015, Kelly was offered the role of Assistant General Manager (Community) following the resignation of Shonly. After the sudden resignation of Kellie in April 2015, just days after her promotion, Kelly was announced to be the new Acting Help Desk Manager - later that month, dbgtz was promoted to Help Desk Manager and took control of the department. She resigned as Assistant General Manager in September 2017. 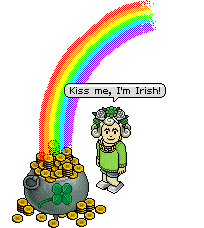