Graspingg, also known as Malva, is the current Habbox Rare Values Manager at Habbox. She joined Habbo in 2007/08 on the Russian Hotel and soon after began playing the Swedish Hotel on and off until the Hotels eventual closure in 2015. On the request of a friend, she joined the International Hotel (Habbo.com) in 2017, and has since established herself as a well-known trader in the rare trading community. In March 2019 she founded the popular Habbo Group The Coin Club which as of December 2020 has 2300 Members and has housed some of the most expensive rooms on Habbo. In 2019 she joined the Rare Values Department as a Rare Values Reporter, later becoming a Senior in the same department. Towards the end of the year, in November 2020 she was promoted to Rare Values Manager. 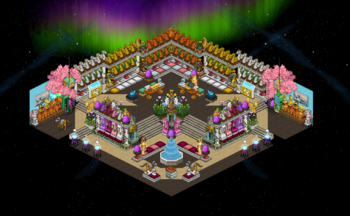 Homeroom for The Coin Club

Graspingg is one of the five owners of The Coin Club. The Coin Club is currently one of the most expensive rooms on the international hotel with an estimated value of over 700,000 Credits.
You can find the room here.