The Victor Vangoof easel was the first of the Limited Edition Rare easels to be released on Habbo. They were released in February 2013 at a price tag of 500 Credits, but there were only 120 available. This makes the easel the second most expensive of the five released at the time and also gives it a well above average rarity, with other easels having 80 or 240 released.

The motto of the Victor Vangoof easel is "Self portrait (minus an ear)" to represent the famous Vincent Van Gogh, although Habbo were unable to use official names. Other easels released in this series include the Lennard David Cheep easel and the Yohand Comeere easel.

The painting on the easel is based on a real life painting called: Self-portrait with bandaged-ear by Vincent Van Gogh. Painted in the year 1888. 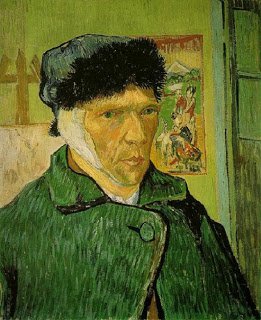