The Lost World is a series of Collectible Rare furniture released in 2009 featuring Rares inspired by Atlantis including Totem poles. The six items were sold for 25 Credits each, over the space of six months between January and December 2008, with one new item out each month. Due to the rares being released into the Catalogue for about two weeks at a time and because there were so many different items, the values haven't increased rapidly. The only parts which appeared popular were the Totem Pole.

The Totem Pole includes the final three collectible items, the Totem Planet, Totem Spirit Head and Sacred Fire, formerly the Totem Leg. Once the furniture items are assembled in order, they form a so-called Totem Pole which can be interacted with by the users.

Four different effects were available, these included a fire, rain, glow/hover and actual pole effect. They were valid for 48 hours and to gain more of these you only required to have more Totem Planets, not the full totem; saving a lot of players Credits. These effects were exclusive to those with a full totem but in recent campaigns that Habbo have done such as the Footsteps of the Ancients the rain effect (given via the totem) was released for the currency that was available at the time. 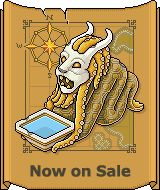